It's more than just an app...it's a business!

Does your great idea fit your budget? Launching a mobile app is more than just a one-time project, it’s a business! As a business striving for long-term success, you will need to think holistically. Everyone has great ideas, but do you have the commitment, care and support network to make your idea a success?

Other Costs to Consider

Features: The cost of apps are largely based on features, complexity and platform. More complex apps cost six figures but can push up over $1M.

Platform: Simple apps for one platform will start around $25,000

Type of Developer: Costs will vary based on who builds it (e.g. offshore vs. high-end agency)

The definition of MVP depends completely on the context of the project. If you are going for a social media play, you want to test assumptions about how people want to share content, then you can probably get your app out of the door for $100,000-$150,000. But if you’re an e-commerce play, you need to integrate advanced payment services, profiles, databases, perhaps an email marketing system, then you’re looking at involving back-end engineers, creating custom back-end systems, and the price tag can very quickly escalate.

One way to estimate the amount of resources needed in the first 18 months of operation is to look at the amount of money that successful startups raise for the first year or two of their operations. Traditionally, a startup will get going with a seed round or a friend-and-family round of $250,000 to $500,000. That will allow them to run the company for 6 months or so. Generally, they then need to raise a bridge round. Another $500,000 to a million dollars, which will really let them take whichever prototype or proof-of-concept they validated in the first phase, take that to a higher level and really polish it up for widespread consumer release. The result? About a million and a half dollars to operate a startup for the first 18 months.

As an established agency, you will most likely need at least $50,000 to have our team at netGALAXY Studios build the first version of your product. Although we have built version one apps for as little as $50,000, we also cater to customers who have more extensive requirements for their minimum viable product (MVP)–costing as much as $500,000 for their first version app.

Developing an enterprise level MVP does not just happen in a day or by one individual; you need a team. A development team is sort of like a play on Broadway. You have the actors on stage, but then there’s a whole bunch of behind-the-scenes stuff happening that goes in to this process. An app that gets built properly is sort of similar. A successful team should include:

Craig Hockenberry penned an influential StackOverflow answer in 2010 on how much it would cost to build Twitterrific. The answer was $250,000 on both the iPhone and iPad. Admittedly that was the opportunity cost since Twitterrific is built by Iconfactory in-house. While that was on two form factors, includes heavy API consumption, and an involved interface, as he noted, it did not include a server element.

With advancements since then, relying on backend-as-a-service providers like Parse or Firebase, makes adding in a server component more efficient. Still, any server-related development time drives up cost considerably.

Now if you want to build backend services for your app, that number’s going to go up even more. Everyone seems surprised that Instagram chewed through $500K in venture funding to build a new frontend and backend. I’m not.
– CRAIG HOCKENBERRY, STACKOVERFLOW 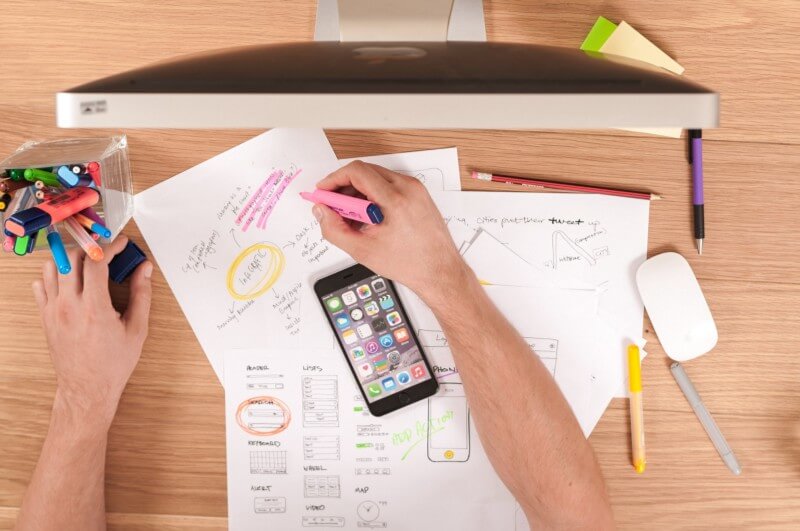 Some of the largest app-focused firms, the “big boys” if you will, won’t give you the time of day if your budget is not at least $500,000. We have heard prospects tell us they were given quotes for $900,000 or more and those were just ballpark estimates provided within a quick, 15-minute discovery call.

A somewhat typical budget at netGALAXY Studios for a v1.0 buildout in 2015 was just around $150,000. The total spend per customer was often higher than that because our customers continue to have us design and develop new features, month after month. All of those apps are either integrated with an API or required a server to be built. We see very few apps that are actually standalone. In 2015, we built zero standalone apps. In 2014, we built 2-3 custom apps.

As shown above, we’re not the highest in industry by far. We do try to make referrals to peers who are smaller than us, that we know do great work. Because of their size, they may be able to do similar work for 40%-60% the cost.

Why not just Hire a Freelance Developer?

While hiring a freelancer will probably save you a buck in development costs, you may also risk losing the accuracy and quality of the work. Without an established agency that has a strict process and consistent quality controls, freelancers can easily get by with inefficient work ethics and habits and a lack of consistent efforts and availability. Unless catching a lucky break, hiring a freelancer will most likely lead to an end product that won’t match its original footprint.

Think of building an app as you would think of filming a movie from scratch. Budget and motivations are key components, and your dedication to the task at hand will be of paramount importance. You will be putting as much effort into a one-dimensional app as you would when scraping together a casual student film. On the other hand, if you’re working on the next world-changing app, the time and power invested in the product will resemble that required to roll out the next summer blockbuster.

When employing all these resources and energy into the product… wouldn’t you want to rely on a company whose entire day is dedicated to you as opposed to a freelancer who constantly deals with other clients as well?

We understand that it can be difficult for most to gather the funds needed to bring an app to market. We are happy to offer 6, 12, 18, 24 and 36 month financing plans to help defer some of the cost until you really get up and going. Our plans will include fixed fee based on the monthly option you choose and if you pay it off early, you do not pay the remaining months fee. Click here to learn more!